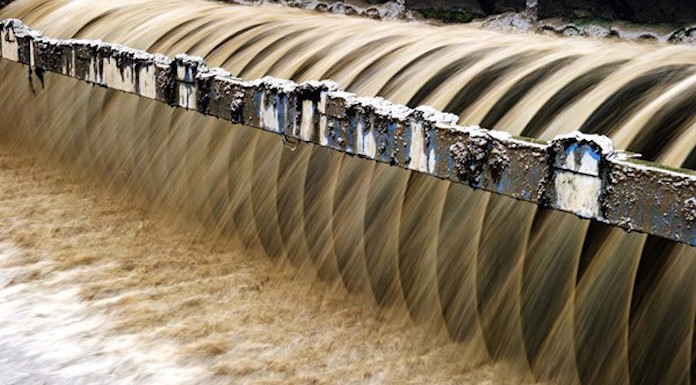 The Severn Trent Water Asset Care Team were tasked with finding a reliable condition monitoring solution to monitor the main bearings of these RBCs as, when they fail, it has huge consequences to the business. The RBCs are usually located in remote sites and are difficult to keep track of, with each area maintenance team having planned inspections but no real idea of condition. SPM Instrument UK embarked on a six-month pilot of taking measurements with portable instrumentation on five sites around the Nuneaton area. The bearings were prepared, and glue-on shock pulse adapters with protective caps were fitted. Once the database was set up and bearing information input, monthly measurements commenced.

SPM HD is proven to be the ideal condition monitoring solution for monitoring the lubrication decrease and early signs of damage on these bearings. Other monitoring techniques, such as ultrasound or vibration analysis, could not detect these problems during previous trials. Due to SPM technology proving itself, Severn Trent Water decided to start with purchasing a Leonova Emerald initially, then – after presenting to the Directors – they decided to invest in the same portable instruments for every area in waste water for Severn Trent; in total thirty-eight Leonova Emerald instruments.

”After trials with other companies and techniques, only SPM HD was able to detect the faults in sufficient time to plan in critical replacements. This has also given us the opportunity to manage our lubrication schedule and change our maintenance philosophy from reactive to condition-based, proactive tasks. We are looking forward to building on our condition monitoring portfolio with SPM and expanding to other areas within Severn Trent Water.” – Laurence Thomas, Senior Asset Care Advisor, Severn Trent Water

Rotating Biological Contactors (RBC) are an essential part of the water industry in remote areas. The RBC process allows the wastewater to come in contact with a biological film in order to remove pollutants in the wastewater before discharge of the treated wastewater to the environment.

Small, rotating disc packs with biological fluid – called media – are in close proximity to each other. As the RBC rotates slowly, the discs treat the water which then moves to the next part of the treatment process.

There are over five hundred RBCs in Severn Trent Water in different locations, all in remote sites which are difficult to access. When a bearing fails, it can cause catastrophic damage to the stub shaft. The internal atmosphere may also make it difficult to remove the gearbox from the stub shaft due to corrosion, so the bearing and shaft may both have to be replaced.

If a catastrophic failure occurs and the RBC is out of commission, the highest workaround cost would be the constant tankering of effluent to another treatment works. This would also have a large impact on Seven Trent’s commitment to reducing its carbon footprint.

Severn Trent Water had a number of these catastrophic failures, resulting in them deciding to make plans to trial condition monitoring equipment.

Several techniques, including vibration analysis and ultrasound, were used, but nothing worked conclusively for them. After discussions, Severn Trent Water decided to try out SPM HD over a six-month period.

5.1 Measuring equipment
In order to take measurements on these low-speed main bearings, it is essential that shock pulse adapters are used for consistency and surface contact. Due to the environment, protecting the adaper with a cap is essential. As this was only a pilot, it was decided to use glue-on adapters, installed on the accessible bearings.

A Leonova Diamond and a Leonova Emerald portable instrument were used to take these measuments.

5.2 Measuring technique
Due to the low speed of these bearings, SPM HD was used for measurement on glue-on shock pulse adapters and a lock-on transducer with the Leonova Emerald.

Shock pulses are short-lived elastic waves. SPM HD enables us to detect the deterioration of lubricant in a bearing and very early signs of bearing damage (crack initiation), giving the maximum prewarning time for any maintenance that needs to be carried out.

The below picture illustrates how these signals are transmitted through the bearing. In the below case, the crack network has increased, therefore we would expect to see high shock pulse levels. When more details are added to the measurement system, e.g., exact speed and bearing numbers, we are able to filter out non-relevant signals.

5.3 Condmaster setup
The bearings were added to the Condmaster Bearing Catalogue with all the below details.

This particular bearing is a copper split 01-B-600-160. The bearing defect frequencies were also added.

The speed is fixed at 1 RPM on this bearing and the measurement technique used is SPM HD with the handheld Leonova Diamond and Leonova Emerald instruments.

Because handheld instrumentation was used for this measurement, the time to take the reading had to be taken into account. Each reading took 576 seconds, so it was important to not increase the number of lines of resolution too much that data acquisition would take too long, but not too low that it would take the required detail away.

The optimal measurement configuration was to set the upper frequency to 100 orders and 800 lines in the spectrum. When we tried 1600 or 3200 lines, data acquisition took too long and did not add anything further to our requirements. 400 lines reduced the detail too much, though the readings took less time.

6.1 Case #1
The initial readings on this measuring point were shown to be high in comparison to those on all other RBCs. Image 5 (below) shows the overall SPM HD measurement results. The initial readings, taken on 26th August, 2020, were between 75 and 61 HDm. The bearing was checked and repacked with grease, after which measurement showed a decrease in shock pulse levels up until October/ November. A new bearing was ordered and a replacement planned after 12 weeks’ lead time for delivery.

During this time, the bearing did not fail, and the overall SPM HD readings reduced slightly thanks to it being greased.

The overall SPM HD reading derives ultimately from the time signal reading below. This was where we could confirm that there were large impacts in the presence of low readings, indicating damage.

On replacement, clear score marks were seen around the shaft, as well as damage around the bearing casing and rollers. The outer race had a large crack in it as seen below.

After planned replacement the SPM HD readings reduced from alarm state to acceptable levels. The graph below shows the point when the bearing was replaced around the 20th November.

6.2 Case #2
This RBC bearing initially showed acceptable readings in August, affected by the lubrication. In September, the readings started to increase and after lubrication, the reading rose to a higher level. The overall levels were not as high as those in Case #1, but they could not be brought down through lubrication.

Again, the time signal supported this, showing one large impact for every measurement; however, the values were not as high as in Case #1.

It was decided that this bearing should be inspected. It was then clear that the bearing installation was incorrect, and the collar was protruding (see Image 11). As we were using a portable instrument, we only captured snapshots of the mechanical condition, but that could change frequently in unstable installations. It was decided to replace the faulty bearing and ensure the correct installation of the new bearing.

After replacement, the bearing did not drop back into green condition, so some more grease was added. Once this had settled, further measurements were taken and the readings returned to an acceptable level.

APM 4.0 with Predictive and Prescriptive Analytics